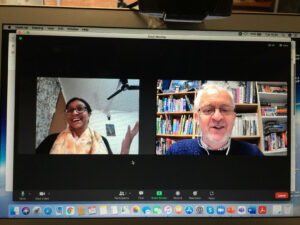 I’ve had several conversations with Dr Sonia Soans based in India over the last few months to discuss the conference.

Aim of the Conference:

Through this online-based conference, they seek to create a platform for academics to interrogate the exclusion, silencing, invisibility and inaudibility of work by scholars from Africa, Asia and wider global south regions.

“Psychology in the global south is heavily influenced by mid-twentieth-century American Psychology, this has often meant that the discipline has replicated American cultural ideals onto local contexts. In doing so, psychology has become a means of erasing local psychologies and socially relevant ideas. The call to decolonise is not a new one, but in recent years it has been gaining traction and gathering form. For critical psychology, this is a chance to challenge hegemonies of cultural dominance and essentialisms. Critical psychology attempts to provide more meaningful psychology that is grounded in historical, economic and local contexts. It is a psychology that constantly questions power structures and allies itself with radical ways of thinking about the world. Critical psychology does not shy away from being political as it does not cling to faux neutrality. The focus of the discipline and allies itself with activism.

It is an undeniable fact that most of the knowledge that circulates around the world comes from the countries located in the North Atlantic: United States, United Kingdom, France and Germany. To address the issue of epistemic violence it is becoming essential to collaborate with academics and experts who work in the global south”.